The endocannabinoid system (or ECS, for the sake of convenience) is often spoken about in reference to CBD and its benefits, but it isn’t always made clear what this system actually is or how it works within your body. This post should help answer these questions and introduce you to the powerful benefits associated with maintaining a healthy endocannabinoid system.

The ECS is a naturally present system in all human beings and was discovered in the 1990s - relatively recently in scientific terms - but estimates predict that this system has been a part of our biology for over 500 million years. Research suggests that this system is vital in regulating an array of bodily functions and encouraging these operations towards homeostasis; a level and balanced state, in which our bodies can operate at their optimum.

The ECS is found in the body as a distribution of receptors. These are known as CB1 and CB2 , and cannabinoids can communicate with these two receptors. Note here; CBD's cannabinoids are regulators, not inhibitors. In fact, you already have natural cannabinoids produced by this system which are (unsurprisingly) called endocannabinoids. CB1 receptors tend to be found in the central nervous system (the spine and the brain), and CB2 receptors are more common in the peripheral nervous system (throughout the rest of the body). Between them, they help regulate mobility, mood, memory, appetite, pain and inflammation, and more. 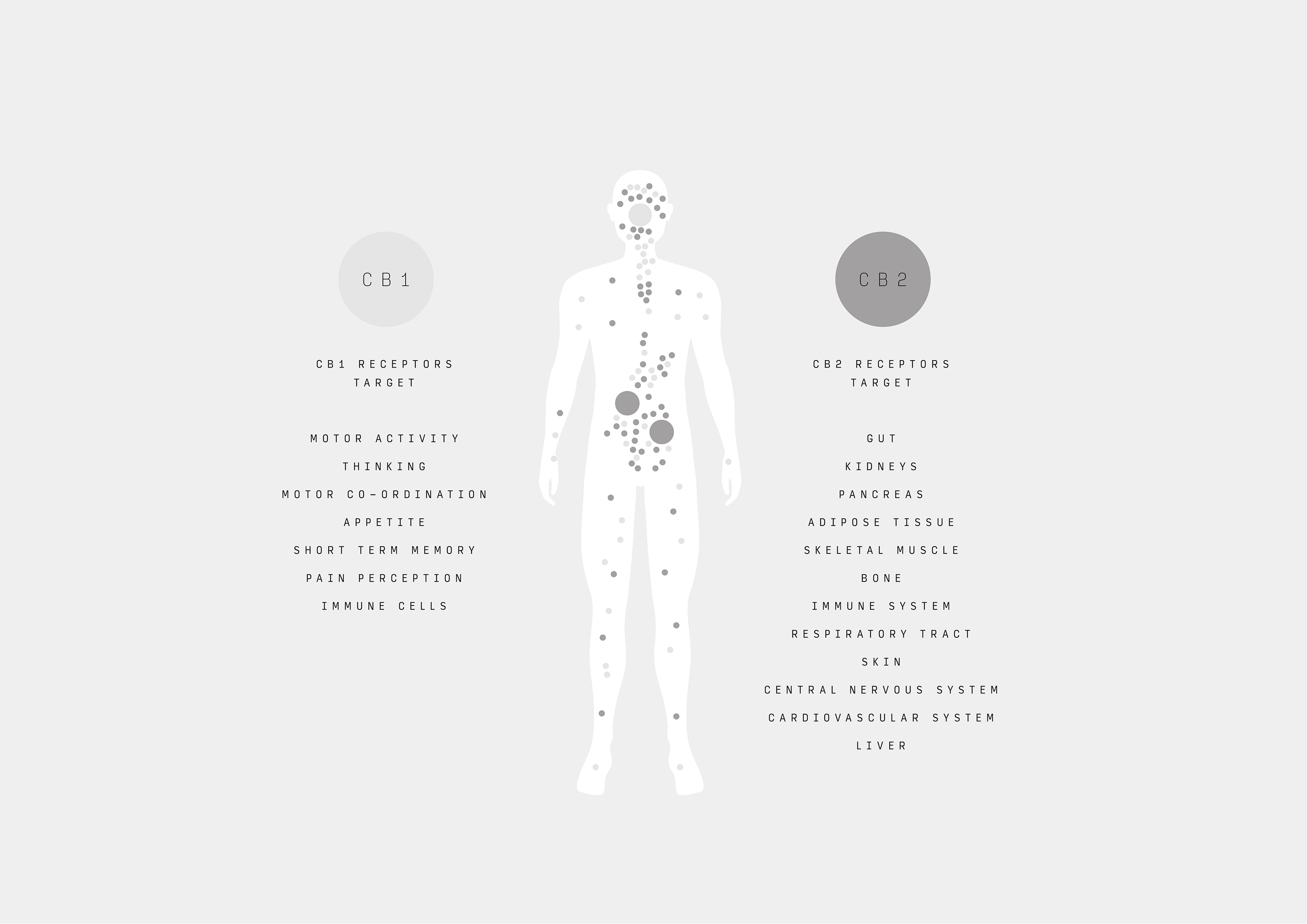 Some of the proposed regulatory functions targeted by CB1 and CB2 receptors that have been explored by scientists since the discovery of the endocannabinoid system.

When cannabinoids are absorbed into the body, they communicate and bind with these receptors and can consequently influence the ECS. Some people perceive the effects of taking CBD very quickly, and conversely some claim that it takes them a longer period of days or weeks as part of their routine.

There is still a huge potential for research surrounding the ECS and cannabinoids, and study in this area has been moving very quickly in recent years as scientists are keen to discover what the next big breakthrough benefit may be.